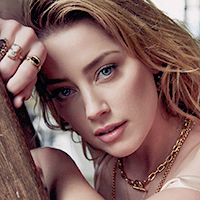 Hello, readers! It took us some times but we finally translated the full interview Amber did for the Italian magazine ‘Io Donna’ back in December. This translation was made entirely by us so if you repost it in its entirety or in parts, please credit our page. Enjoy!

“I FIGHT TO SAVE THE WORLD”

She quickly got rid of the “Johnny Depp’s ex” label. In theaters, she’s a superhero equal to her male counterpart. And in her life, she’s an activist who advocates against sexual violence. She’s ready to break many taboos.

“It’s exhausting to be a superhero. It’s a surreal experience, with all those special effects”. Amber Heard’s voice is calm and warm. Add the doll hair made in Texas (where the saying “The bigger the hair, the closer to God” comes from), the beauty pageants at 17 years old when she had just arrived in Los Angeles and your mind will go straight to certain clichés: doll, sex symbol. That’s exactly what this 32 year old lady is not. Or at least, that’s not all.

For an instant, you would think that Aquaman certainly doesn’t help, the cinematic adaption of the DC comic-book directed by horror master James Wan (out in cinemas on January 1st). A film in which both protagonists are blessed with an extraordinary genetic heritage: Amber – squeezed in a green latex suit – plays Mera, a warrior queen from the submerged world of Atlantis; her partner Jason Momoa – the exotic-eyed, hunky Hawaiian – plays the hybrid human-Atlantean Arthury Curry/Aquaman.

A couple we already saw in Justice League – though Amber very briefly – directed by Zack Snyder in 2017. And how would she explain that these two characters haven’t fallen in love yet? Amber Heard laughs but she expects that question. “That would have been a classic formula, this is modern tale instead. There’s an element of attraction between them but what leads them to come together is something else: they have a mission to accomplish. The romantic aspect of it all comes after”.

Another detail that marks a turning point? For the actress, this is the first important film after the end of her marriage (3 years of relationship and 15 months of marriage) with Johnny Depp in 2016, amongst allegations of domestic violence and a ‘he said, she said’ on media outlets. The ending is well known: he pays $7 million, she donates it all to the American Civil Liberties Union (ACLU), in defense of humans’ rights, and to the Los Angeles Children’s Hospital. “But I’ve supported ACLU since I was 16”, she clarifies quickly. True, but from that moment the charming and smooching ’wife of’ became a full and pure activist. “I’ve never seen anyone as passionate as her” commented Amanda Nguyen, nominated at the Nobel Peace Prize 2019 and founder of ‘Rise’, an association (of which Amber is part of) responsible for the Sexual Assault Survivors’ Rights Act that has already been approved by the US Congress in 2016 and aims to be recognized worldwide.

It’s through Amber’s personal lens that we need to look at Mera. A big change from her insanely sexy roles in the past (the teenager in All The Boys Love Mandy Lane, her first leading role – never released in Italy -, the spy in 3 Days To Kill, the reporter in The River Why) but according to Heard, this is also thanks to a new view on the relationship between men and women. “How would I describe Mera and Arthur’s relationship? They’re equals. She comes from under the sea, she can control water but she’s basically an alien on earth. For him it’s the opposite. They both have their own identities and share part of responsibility in their adventure”.

Quite an advanced dynamic for a comic-book written in 1941.

That’s true. Two years ago, before accepting this role for Justice League, I read a few issues. The way Mera makes her first appearance struck me a lot. First of all, she’s the one who helps Arthur save a town from a flood. At one point, one of the citizens asks: ‘Who is she? Aquawoman?’ And she says more or less: ‘Hey, wait a minute. I have my own name’. That was the moment I thought: ‘I like her, that’s my kind of woman’.

Finally, of course. I like strong and independent female characters who live their own life and aren’t there to support the man. It’s a shame that in this business, but not only in this one, there’s always been a lack of figures like these. You don’t know how long I’ve suffered because of that but it was only a matter of time. Things are changing and I’m so happy about that.

Do you only take on challenging projects in your career?

Yes, it’s a responsibility that I feel is deeply rooted in me. The luck I have with this job is that it offers me an important platform but my duty is to give something back. Speaking about justice, making sure that my roles have an impact… it’s the least I can do.

Is this the reason that led you to make your past relationship with photographer Tasya Van Ree public?

Of course. It was a time when my colleagues were claiming their privacy and being bisexual was considered a taboo. But being quiet about something means admitting that it is wrong. I knew it wasn’t like that so I spoke about me to describe the reality truthfully and to offer younger people someone to look at, because my generation grew up without a reference point. Maybe thanks to me someone felt less inadequate.

Is Hollywood less liberal than what it seems?

It’s an industry full of glamorous people and noble ideals but they all act opposite to what they preach. They only pursue what the public likes and they end up being repetitive and telling the same stories all over again. I’m not interested in this approach. We need to reach different people, push ourselves beyond, not being static.

Before joining Rise, you were a great supporter of the #MeToo movement. Are you happy with what was achieved?

I’m happy that the conversation changed drastically, there’s so much more awareness today. However, we as women are at a crossroads: we’re galvanized because we finally know what we deserve and where we belong, but at the same time we’re fed up with the attitudes that up until now restrained us, diminished us and reduced us to objects. The entertainment industry still has a lot to do to catch up: we need more women behind the camera and equal salaries for all. It’s not fair that actresses are paid less when we are often the ones who spend more time on set for makeup and hair only.

Yes, I collect them. I like to have objects that I can keep in my hands, that remind me of the places where I’ve been or that simply speak about myself. I carry them with me especially when I travel, they help me feel at home.

For you, home is also Austin, Texas.

Yes, a place where the horizon is endless. That sky is what I miss the most. As a kid I spent most of my time in the open air with my dad, who was kind of a cowboy. We used to go hunting and fishing together. At 12 years old I couldn’t ride a runaway horse. When I saw a spot of grass I jumped but then my dad’s gaze convinced me to hop back on. That time I learnt that the only thing worse of being unsaddled is the decision of stopping riding.

How did the split from your husband influenced your decision of helping women?

In my life, it was always the toughest times and the difficulties that defined who I am and made me stronger. You learn from your battles and tribulations, rather than from the happy times.

To whom suffered violence, what do you say?

Hold your head high and walk with pride. But in the end, that’s a suggestion I would give to anyone. 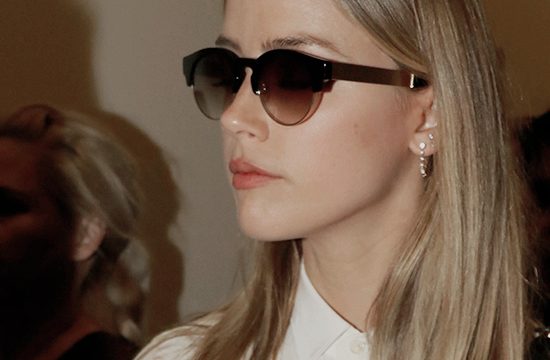 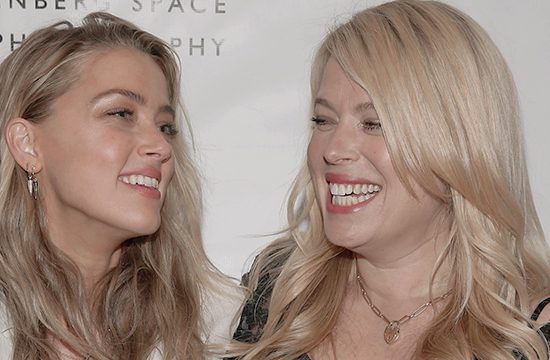 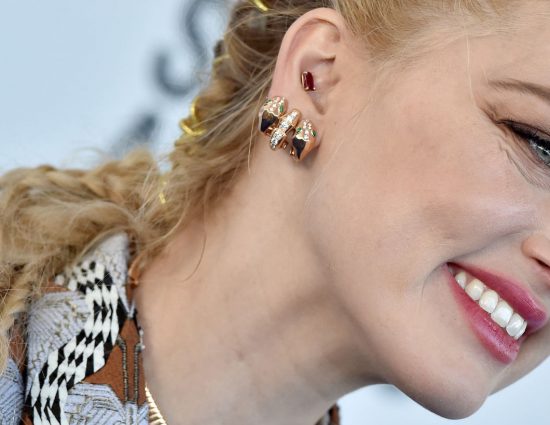